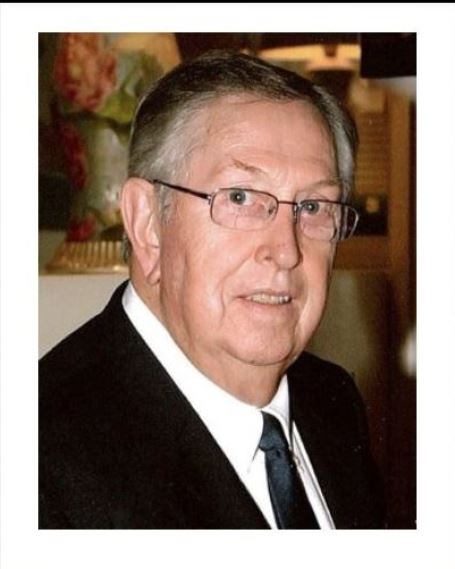 James Ernest Snoddy, 87, passed away on Sunday, Jan. 19, 2020, at Visiting Nurses Hospice in Fort Wayne, Indiana.
James was born in Perrysville, Indiana on Oct. 6, 1932, to James Elmer Snoddy and Edna Mae (Haworth) Snoddy. He was a 1950 graduate of Perrysville High School and received a bachelor's degree in education from Indiana State University in 1954. He began his education career in the Danville, Illinois, public schools. In the late 1950s he served in the United States Army serving in Fort Knox, Kentucky, and Hanau, Germany. James received a master's of arts in education while teaching in Danville and a doctorate degree from the University of Illinois in 1967. In the fall of 1967, he began working for Michigan State University, primarily in the Department of Elementary and Special Education. During his 29 years at MSU, he taught, conducted research, and wrote numerous articles. He co-authored a book on stressors in childhood along with a five volume curriculum guide on alcohol education. Jim was a lifelong member of the United Methodist Church including the University United Methodist Church in East Lansing, Michigan then later at Shiloh United Methodist Church in Kokomo, Indiana.
In August of 1954 Jim married the love of his life, Joanne Crowder, and they celebrated their 65th wedding anniversary with their family in 2019. Jim was an avid MSU basketball and football fan. Above all else he enjoyed spending time with Joanne, and his children and grandchildren, especially those summers where they could all gather at their lake home in Hamilton, Indiana.
James is survived by his wife Joanne and children, Ryan (Kristen) Snoddy of Kokomo, Indiana, and Elise (Snoddy) Ramel of Fort Wayne, Indiana. James is also survived by his grandchildren whom he cherished greatly: Adria (Snoddy) and husband Jeremy Minniear of South Bend, Indiana; Aaron and wife Kelsey (O'Shaughnessy) Snoddy of Indianapolis; and Clare Ramel of Fort Wayne, Indiana. He is also survived by his niece Marilyn Goff of Zionsville, Indiana. James was preceded in death by his parents James Elmer and Edna Mae Snoddy, infant sister, half-sister Leah Rae Goff, and son-in-law Lloyd Ramel.
Visitation for Jim Snoddy was held on Wednesday, Jan. 22, 2020, at Shelby Funeral Home, 622 Third St., Covington, Indiana, from 11 a.m. to 1 p.m. EST; with a private family graveside service later.