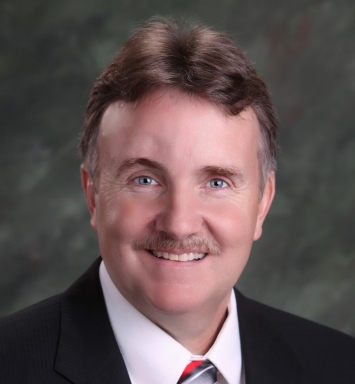 Terry Merrell works with the current board to oversee the mission of Cross America as the Chairman and Founder of the organization.  After nearly four decades of experience as CFO in the agricultural and environmental business at Merrell Bros., Inc., God has prepared him to use his business talents to assist Cross America in carrying out their mission.   Terry is responsible for forecast planning, purchasing major supplies in bulk quantity, including the crosses and cards, and (as Terry would say, his favorite part of his position) coloring the 24-by-7 feet wall map at the Cross America facility each time a zip code is covered.

As Terry has traveled the United States on business trips, he has witnessed firsthand how life is not fair to everyone.   This created a passion within him to tell others about the only aspect of life that is fair: how to get to Heaven (Romans 10:9).

Terry accepted Jesus as his Lord and Savior in May 1980 and currently attends Upper Deer Creek Church near Galveston, Indiana where he has served in multiple positions.